Solution home During the Draft How To - FAQs

The Commissioner has access the "Sounds" icon, which when expanded will list the available sound effects and voice reactions that can be used during a draft. Much like the "Team Songs", these are purposefully not synced to Remote users. They are primary used for In-Person drafts. However, if you are performing an online draft and using it in tandem with an online conference with your league's draft (using Zoom or Google Hangouts), this audio will be relayed and can be heard by the remote users on that call.

The reason they aren't synced is due to the use of our software being used for in-person and online in conjunction with conference calls, having the audio simultaneously played by every person in the room would be a massive irritant and distraction. 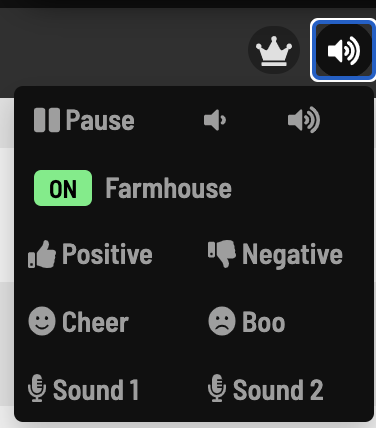 F
FanDraft is the author of this solution article.

Did you find it helpful? Yes No

Send feedback
Sorry we couldn't be helpful. Help us improve this article with your feedback.